Three decades ago, a million emigres from Eastern Europe arrived in Israel, increasing its population by 20 percent almost overnight and changing its culture forever. What’s their story? 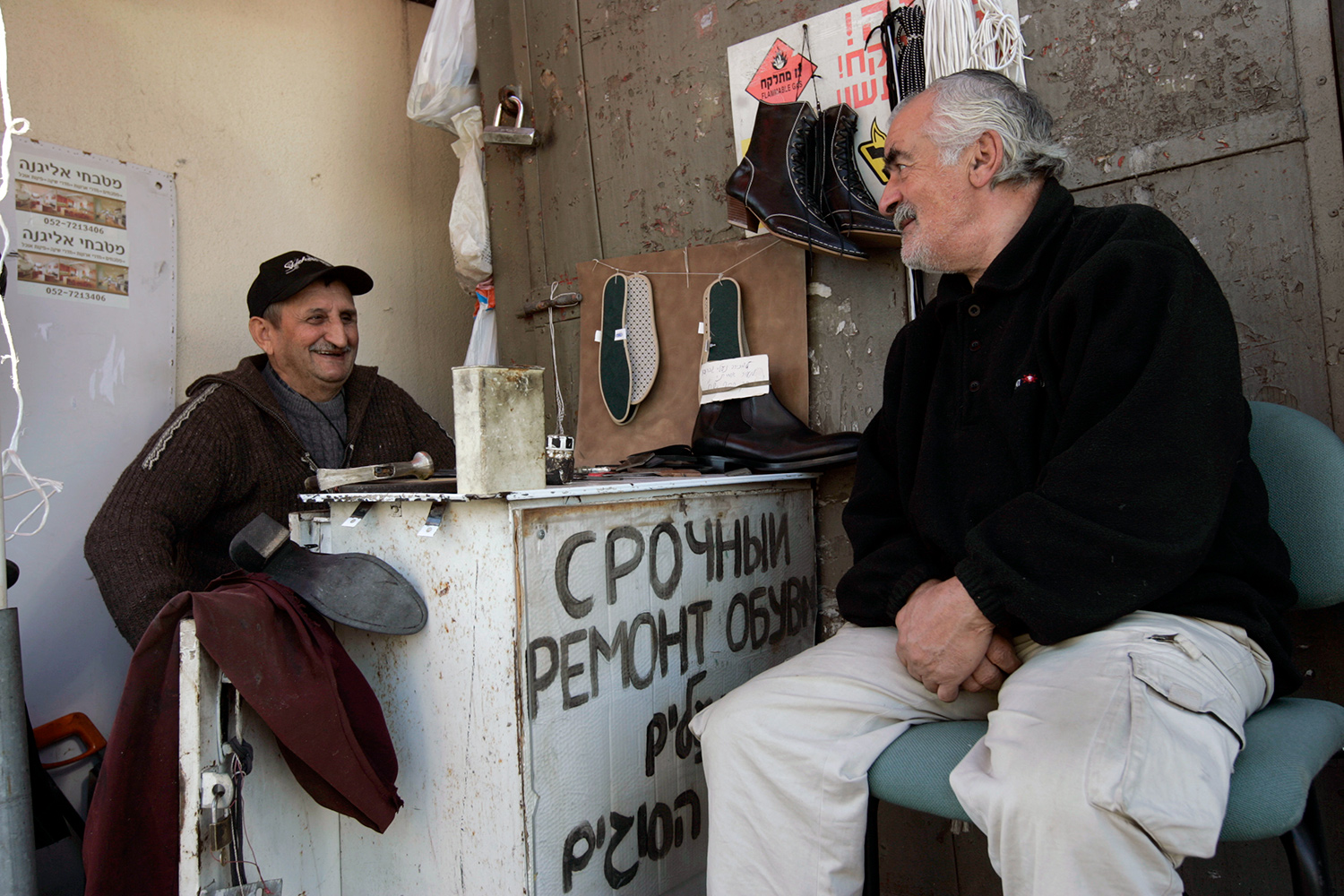 Great changes in Jewish history have manifested themselves in pillars of smoke, talking bushes, royal edicts, and divine scriptures, but probably never in TV crime dramas—at least not until a few weeks ago. I was about a minute into the first episode of Manayek, a new Israeli hit, watching the main character navigate a hospital ward. I was not expecting any great sociological insight, but insight came when I heard one of the characters speaking Russian. It was just a few Slavic syllables whispered in a woman’s voice.

It wasn’t that the sound of the language stood out. Like most Israelis, I hear Russian almost every day. It was the fact that it had no importance to the plot. The character had no ties to the Russian mafia, as you might expect in a crime series. There was no mention of immigration at all. Russian was there only because no authentic portrait of Israel in 2020 would be complete without it. It was a small detail that threw into relief a momentous change now celebrating its 30th anniversary—one that deserves far more attention than it has received. The character wasn’t speaking a foreign language, like English. She was speaking an Israeli language.

Thirty years ago, the final crumbling of the Soviet Union began a human wave that you remember if you were alive and paying even casual attention at the time. The prologue was the arrival in Israel of the gulag hero Natan Sharansky after his release by Gorbachev, blinking in the Middle Eastern light, a little man auguring a great exodus: hundreds of thousands of stunned arrivals descending from airliners in useless winter coats, landing here along with the Scuds of the first Gulf War. Within a decade more than 1 million people immigrated to a country whose population in 1990, at the beginning of the wave, wasn’t even five times that number. “To appreciate the scale of the accomplishment,” one observer wrote, “imagine the great United States absorbing in one decade roughly all of France and Holland.”

But few have thought much about it in recent years. If you’re looking for new statistics and research on the arrivals, for example, there isn’t much. Government funding, research hours, and media attention go to problems, and the absorption of a million Russians into Israel—astonishingly—no longer qualifies as a problem. A million Russians came, changed the country, and changed themselves, all within the lifespan of a young person, and it’s taken more or less for granted.

A third of the newcomers came from Russia proper, a third from Ukraine, and the rest from the smaller Soviet republics. Here in Israel all became known as “Russians.” Just 30 years ago, that Hebrew word, rusim, referred to a strange group of foreigners. An outsider might assume that still to be the case—the word does refer explicitly, after all, to people from a foreign country. But in today’s Israel, it actually means something very different: a kind of native. Israel can no longer be understood without its Russian component, and Israel’s “Russians” can only be understood as a type of Israeli.

Russian, or at least Russian-accented Hebrew, can be heard not only on my television but at every school and government office. Looking back at daily life just over the last week or two, I’ve spoken to a Russian orthopedic specialist who looked at my kid’s fractured wrist, a Russian construction engineer, and my Russian dental hygienist. (I’m using “Russian” here in the Israeli sense, because the immigrants themselves have embraced it, and because the more accurate “immigrants from the former Soviet Union” takes up too much space.)

Russian characters are staples of Israeli dramas like the Netflix hit Shtisel, and movies like Zero Motivation. In that 2014 masterpiece about young women soldiers at a godforsaken army base in the desert, the show was stolen by Irena, a Russian immigrant played by Diana Golbi, an actress who came to Israel from Moscow when she was five. “Lose your antiquated ways of thinking, you’re in the West now,” one of the Israeli girls patronizes Irena in response to some blunt Russian advice about how to lose one’s virginity. “Idiot, open an atlas,” Irena says. “I was in the West. Now I’m here.”

Irena is part of what’s known as Generation 1.5— people who were born in the Soviet Union, immigrated as children and are now grown up, a hybrid between old-country parents and the kids born Israeli. To understand the cultural transformation of the last three decades, members of Generation 1.5 are the ones to watch. With personalities forged both there and here and by the uprooting that happened in the middle, they’re shaping not only what it means to be Russian in Israel, but also what it means to be Israeli for the rest of us.

The move of 1,042,000 people from Eastern Europe to the Middle East in the space of a few years is one of the biggest demographic dramas of Jewish history. It’s also arguably the most important single development for Israel since its creation. There are essays to be written about how Russian nurses and doctors became the backbone of the health system, or how Russian engineers helped fuel the tech boom, or what the addition of a million productive citizens has meant for our economy and strategic position in the Middle East.

But I’d rather look at popular culture as a window into the broader spirit of what’s happened, using a few human stories to get at the whole. This isn’t, in other words, a broad survey or academic analysis. It’s an impressionistic account by a writer who isn’t himself Russian but who, having come to Israel in 1995, a lone Canadian teenager in the Soviet wave, has been on the margins of this population movement for many years, through the absorption bureaucracy and army courses for immigrant soldiers to ordinary life in the distinctly Russian country that emerged with the new century.