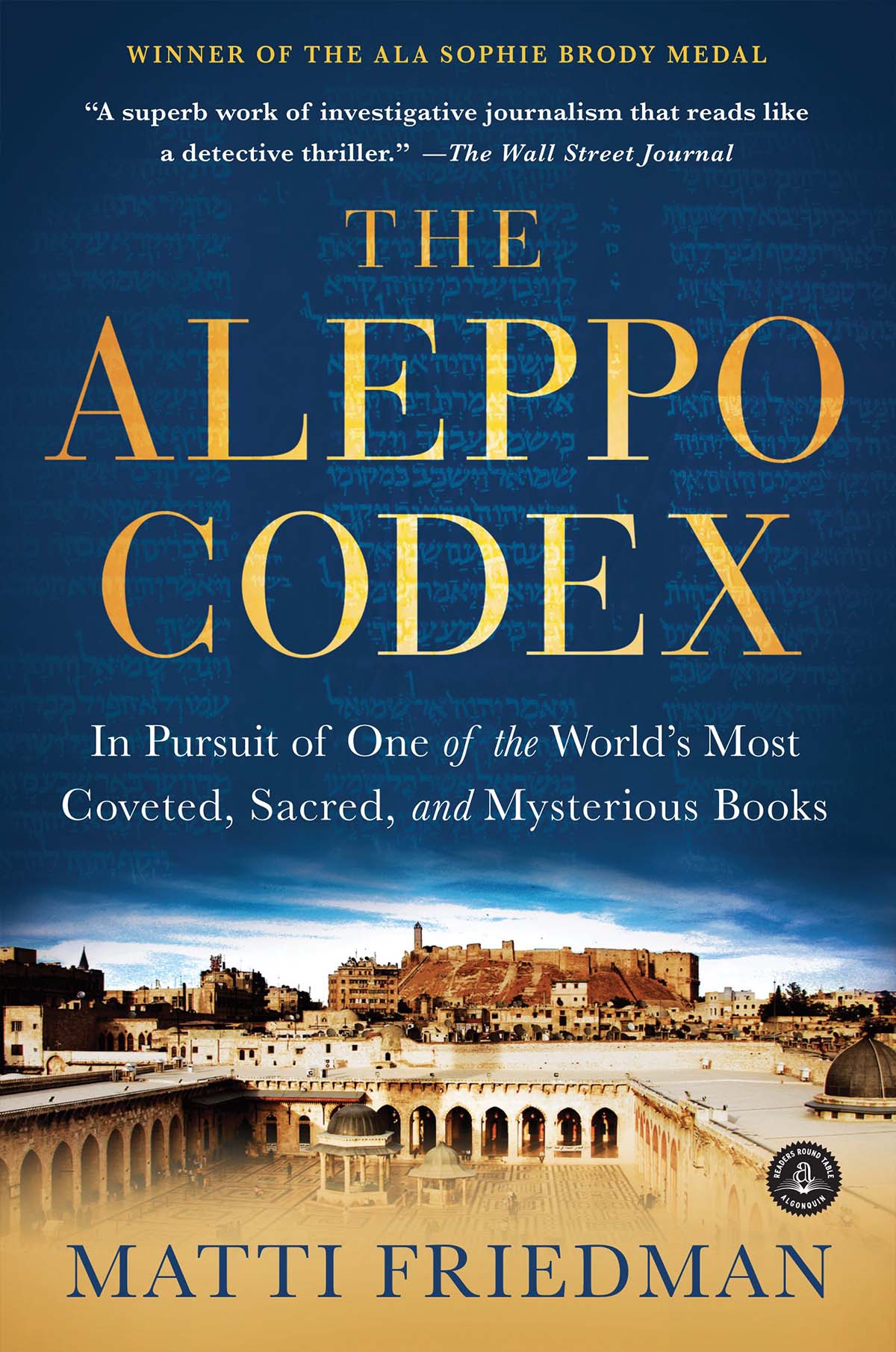 Winner of the 2014 Sami Rohr Prize

Winner of the 2013 Canadian Jewish Book Award for history

One of Booklist’s top ten religion books of the year, 2013

A thousand years ago, the most perfect copy of the Hebrew Bible was written. It was kept safe through one upheaval after another in the Middle East. By the 1940s it was housed in a dark grotto in Aleppo, Syria, and had become known around the world as the Aleppo Codex.

Matti Friedman’s true-life detective story traces how this precious manuscript was smuggled from its hiding place in Syria into the newly founded state of Israel—and how and why many of its most sacred and valuable pages went missing. It’s a tale that involves secret agents, pious clergymen, obsessive antiquities collectors, and highly placed national figures who, as it turns out, would do anything to get their hands on an ancient book. What it reveals are uncomfortable truths about greed, state cover-ups, and the fascinating role of historical treasures in creating a national identity.

Friedman has unearthed documents kept secret for fifty years, interviewed key players from around the world, and followed the trail of the missing pages up to the present, including the charged four-year court battle to determine the codex’s rightful owners. Friedman also takes us back in time, revealing the once vibrant Jewish communities in Islamic lands. Epic in its sweep, The Aleppo Codex features a fascinating cast of characters—all of whom claim the codex as their own.

The Aleppo Codex is published in the U.S. by Algonquin Books of Chapel Hill; in Australia by Scribe; in Israel by Kinneret Zmora-Bitan Dvir; in the Czech Republic by Pistorius; in Germany by Verlag Herder; in Holland by Lannoo; in Russia by Text; in France by Albin Michel; and in Korea by Gloseum. 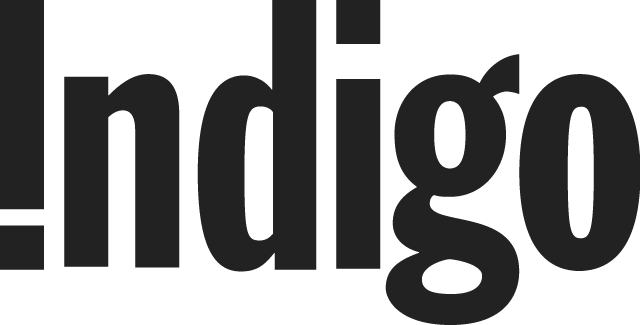 Praise for The Aleppo Codex

“A superb work of investigative journalism that reads like a detective thriller.”
—The Wall Street Journal

“The Aleppo Codex could be read as a thriller. It could also be read as a history of the Jewish people, or as a meditation on history and myth. This great book comes closer to containing everything than any book I’ve read in a long, long time.”
—Jonathan Safran Foer

“[Friedman] opened a treasure box of history, mystery, conspiracy, and convolutions that would do any biblical thriller proud . . . Friedman has done a remarkable job—finding sources and digging through archives—of getting the Crown’s fascinating story out of the shadows and into the light. In the process, he’s become the latest in the long line of the Crown’s protectors.”
—Booklist starred review

“Friedman gives a masterful account of a major religious document . . . [he] delivers an atmospheric, tense story about the destruction of a sacred relic, raising inevitable questions about who owns a people’s historical treasures.”
—Publishers Weekly starred review

“Friedman’s account of how the Codex was taken from Syria in the 1940s, later to resurface in Jerusalem, although no longer complete, is full of betrayals, controversy and surprises — and raises larger questions about the ownership and preservation of historical treasures.”
—Jewish Week

“The Aleppo Codex builds to a moral crescendo more impressive than the climactic fight scene in any thriller.”
—Salon

“Friedman’s painstaking investigation of just what happened to the Aleppo codex—and when—is a fascinating account of the role of sacred relics in creating a national identity, and also of the lure of old and treasured objects.”
—Maclean’s

“…[A] thrilling, step-by-step quest to discover what really happened to Judaism’s most important book.”
—Boston Globe

“Three cheers for Matti Friedman…who in his first book got his teeth into a terrific story and investigated and reported it as thoroughly as possible. … A highly readable, deeply engaging, balanced and nuanced pursuit of the facts.”
—The Jerusalem Report

“Matti Friedman is a stunningly talented writer, a once-in-a-generation discovery. The Aleppo Codex has enough betrayals, conspiracies, surprise plot twists, sacred flimflam men, and well-dressed contraband dealers for the best of thrillers — but every bit of it is meticulously researched fact. Cancel your appointments, bury your cell phone — you won’t want to be interrupted – and read this book.”
—Gershom Gorenberg, Senior Correspondent for The American Prospect and author of The Accidental Empire

“[A] brilliant non-fiction thriller about an ancient copy of the Torah. Highly recommended.”
—Paulo Coelho author of The Alchemist

“[A] cracking good yarn…Matti Friedman does a masterful job of untangling the puzzle.”
—The Jewish Tribune

“Friedman creates a riveting story, one that the reader will have a hard time putting down.”
—The Advocate

“A beautifully woven tale of epic proportions about a sacred book and its all-too-human custodians. I did not put it down until I had finished it at the crack of dawn. Absolutely riveting!”
—Oren Harman author of The Price of Altruism

“Friedman’s writing shines most when he resurrects a time and a place now vanished…We read The Aleppo Codex expecting to be educated about a book lost, but we are captivated by a world lost instead.”
—Haaretz

“The Aleppo Codex is one of the books that is a struggle to classify. It is a great thriller, a fascinating piece of history, a captivating human drama and a beautiful study of religion and politics which will appeal to atheists and the apolitical alike.”
—Australian Broadcasting Corporation, Brisbane

“Friedman tell his story in a knowledgeable succession of centuries, of scenarios, of human figures. … Friedman follows the trail of the [Codex] pages like a bloodhound.”
—La Stampa (Italy)